"Almost half of the jobs that will exist in 2030, do not exist today"

According to the Spanish technologist, Artificial Intelligence (AI) will allow us to solve a large part of humanity’s challenges, but also poses some problems and ethical challenges that we must take the time to discuss and decide on as a society.

His book “Artificial Intelligence, how the world (and your life) will change”, explores the changing technological landscape of today and raises an optimistic vision of the future, although he warns that it depends on us, and not on the machines. So be it, and another reason why we must take the time to evaluate these machines as a society more carefully.

“The AI is already present in virtually all areas of our daily lives and will continue to advance, which is why we are forced to rethink our purpose in life, to ask ourselves what role human beings have in a changing ecosystem where different intelligences coexist” says Rodriguez. As a doctor of computer science, with many years of experience in the innovative environment of Silicon Valley and as a professor at Columbia University, he points out that we live in a moment in the history of humanity in which

we have to make decisions that are fundamental for the next generations.

“We are facing a great opportunity because of the confluence of robotics, artificial intelligence, bioengineering and the Internet of Things, which are different technologies that previously did not work as they are now and with which we can tackle great challenges such as natural catastrophes, climate change or the future of work.”

“Many people think that AI is a humanoid, a robot, but no: It is the ability of computers to have intelligence, an intelligence that is capable of making decisions, it helps us to complete the sentence when we search for something on the Internet, it tells us the distance between two points when we go in the car, or order information on Twitter or Facebook in the way that interests us the most,” he explains. In fact, he warns that “we are in just the first wave of artificial intelligence, which is what is moving much of the economy on the Internet.” However, there are three factors that drive its development in an accelerated way: the ability of computers, the amount of data in the network and the algorithms. ”

“Today artificial intelligence can reach the same computational capacity of a mouse, and we are between 1,000 and 10,000 times the capacity of the human brain, which, according to Moore’s law – which says that the capacity of computing doubles every two years-, it would take us about 20 years,” says Rodríguez. On the other hand, “every time we surf, or use the mobile phone, or social networks, we leave a lot of data on the network – about 200 million emails circulate, and 200 million tweets per second – and this serves to nourish artificial intelligence, he emphasizes.

In 2020 we will reach 50 million connected devices, and computers

However, Rodriguez points out that “the key lies in the algorithms, the recipes that computers follow to solve a complex problem, which is increasingly sophisticated”, “but it also will learn by itself; the machines are creating their own data”, he warns. “The AI is doing incredible things, which seemed impossible, because we can recognize patterns that escape the human eye or ear, in some aspects, it more advanced than human intelligence”.

“It is helping to solve medical problems (such as early detection of diseases), or the field of psychology (habits, and pathologies), also safety (crime prevention) or can help football coaches make better decisions”. With this x-ray, the warning of the enterprising and visionary Tesla CEO Elon Musk feels that one day AI can escape from our hands and even come to threaten humans. However, the manager of Telefónica stressed that “changes always cause uncertainty and fear, but the decision of how the AI will be in the future depends mainly on humans.”

“Musk says that we are giving birth to the next species that is going to replace human civilization, I am more optimistic, and I think we face the challenges now,” says Rodríguez, who insists that we must discuss central issues that generate anxiety. With respect to the AI, such as the privacy of the data, the decisions that the algorithms make, or our own relationship with the work. Regarding the control of the data that feed the AI, Rodríguez recalls that there has already been a very healthy debate in recent years and it was concluded that they belong to the user. In addition, “in the wake of the Cambridge Analytica scandal, Facebook will adopt European legislation in this area, which will bring more transparency.”

Regarding the future of work, Rodriguez notes that “40% of the work of 2030 today does not exist and probably the machines will do everything they can do and man will be dedicated to those things that can bring more value to other people. It will develop creativity, problem-solving, critical thinking, psychology, philosophy, leadership. ”

Finally, the question of ethics, and the fact that machines are going to begin to decide for us, generate a debate about the values and principles of justice on which they are going to decide. Rodriguez asks himself if he is going to have a universal ethic on which we will agree? Or if the AI trains in China, the United States, or Argentina, which set of values will it respond to??

As a dilemma, he raises the experience he has had in the United States with a program that judges use to condemn an inmate applying algorithms based on data from previous experiences, families, neighbourhood and other variables. The tool suggested a penalty and the judge had to decide between his criteria and that of the machine, without knowing what it was based on. Therefore, “the AI cannot be a black box, or difficult to understand”.

In all these crucial questions, “the conflict is in the transition,” according to the technologist because first, you must raise the level of awareness about the problem and then deal with it in an “orderly=way”. “We need a new social pact. People should have a space to find their meaning in life, and this is a human discussion, not a technology discussion” 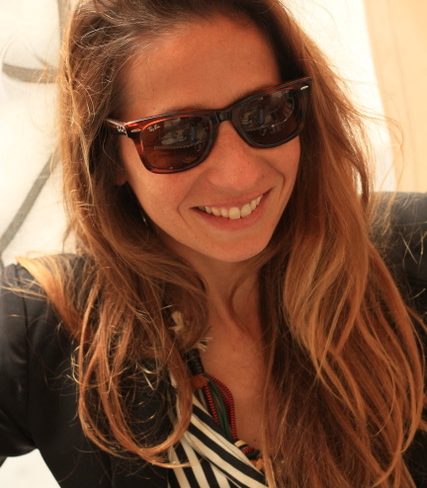 Are your online chats secure? Coworkers, then friends and now collaborators, discover what some mobbers did together